Looking to combine science and writing? Check out these poems that can be used as templates to create your own poems about animals and nature. Let these published poems provide the inspiration and structure you need.

Poem Templates About Animals And Nature

Below are some poems from Family Friend Poems that can be used as mentor texts. These poems were used as inspiration to create templates for others to use to create their own similar poem. Using these examples can be a springboard for classroom assignments about science, or they can be used to enhance your own writing experience.

Studying animals or find them fascinating? This one is for you. Pick you favorite animal or one that is being studied to write a poem that includes characteristics about that particular animal.

This poem is also great for practice writing clear descriptions.

Download PDF of Animal Description template to try yourself ("Wolves")

This poem is great when studying seasons or personification. Think of a season and describe it as though it's a person, by using characteristics of the season to describe what it would wear, smell like, and spend time doing.

Have fun with this one!

Download PDF of Season Personification template to try yourself ("Winter")

This poem can be used to showcase how certain animals have become endangered.

How are they being hunted?

Who is doing the hunting?

Why are they being hunted?

The last question is not answered in this mentor text, but it could be added as another stanza.

Choose an animal you like that is endangered, and start by jotting down answers to the previous questions. Then begin filling in the template.

As the gentle giants swim through the sea,
Not expecting a thing,
A sharp metal object is heading their way,
And they feel a sharp sting.
They don't know what happened,
But they feel a lot of pain,
The innocent creatures,
Are pulled up by a chain.
Now they've figured it out,
They know what's going on,
A whaling harpoon has hit them,
A massive violent gun.
As they're pulled up to the whaling ship,
Their condition deteriorates,
They get weaker and weaker,
They're in a terrible state.
The last thing they see,
Just before they die,
Is the satisfied look,
In the fisherman's eye.
I hope this proves,
How cruel whaling is,
Well how would you like it,
If you were treated like this?

Download PDF of Endangered Animal template to try yourself ("Whales: An Innocent Death") 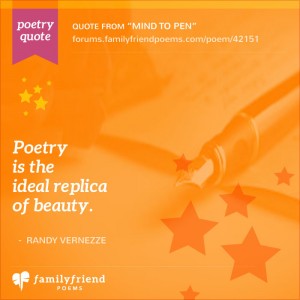