This poem was written for children and hopefully promotes adopting pets from an animal shelter first. I tried to make it funny to appeal to children and adults.

What Kind Of Pet Do You Think I Should Get?

What kind of pet do you think I should get?
A lion, a tiger, or maybe an egret?

My parents said I am responsible and can have whatever I wish.
A hippopotamus, a zebra, or maybe a fish?

What about a giraffe that I can feed from my upstairs bed?
Or would I have to climb up on the roof when it needs fed?

Maybe a lion who is a king and I can be the prince?
Do you think my parents I would have to convince?

There are monkeys and gorillas and snakes of all types!
But I think a cobra or boa constrictor would cause my mom to gripe!

Maybe an elephant, but they have such big poop!
A dump truck is what you would need if you had to poop scoop!

What about a camel with one or two humps?
I think if I rode it lot it would start to hurt my rump!

Or a polar bear like I saw at the zoo?
Does that mean I would have to live in an igloo?

I just can't decide what I should choose?
Do you think an alligator my parents would refuse?

What about a shark that could live in my pool?
But who would feed it and pet it while I am away at school?

Maybe a grizzly bear; half the year they go to sleep.
Never mind, it might attack my neighbor's herd of sheep!

My little sister said, "Why don't you get a skunk?"
I told her I think that's the worst idea anyone's ever thunk!

It seems like the perfect animal is really hard to pick!
Maybe the best one would be a little baby chick?

I must think about this for just a little while more.
It's too hard to just pick one; will my parents let me choose four?

My mom said she was thinking more like a cat or a dog!
Or maybe it could be a gerbil or a frog.

Let's go to the animal shelter and see what needs a good home.
As for all the other animals, let them be wild and free and let them roam.

We went to the shelter and picked out two!
A cat named Pinky and a dog named Blue.

Both had been abandoned and left to die.
It broke my heart and made me cry!

So if your parents ever let you get a pet,
Head to a shelter and save some lives and have no regret! 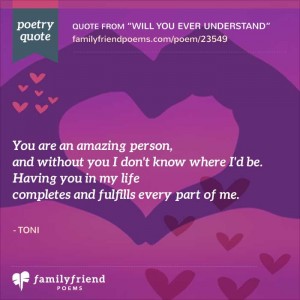