The Power Of Forgiveness

This poem is about people who can't forgive and hold on to grudges and how destructive that is.

I was touched by the poem because it related to me. I was bullied by some kids in 5th grade. It got to the point where I couldn't handle the stress, so I told my parents and my teacher. The...

Some people view forgiveness,
As a virtue for the weak.
An act of Mercy undeserved,
That serves no useful need.

They stand firmly in their judgment,
And won't consider a mistake.
They prefer to hold a senseless grudge,
Than accept amends when made.

They feel they have some Godly right,
To reject and criticize.
They're possessed by righteous anger,
And consumed by pointless pride.

They're focused on how they've been wronged,
And won't be made the fool again.
So they feel they must avenge themselves,
By refusing to give in.

They will sacrifice their family,
Or forsake a long, time friend.
Do anything they have to do,
To be the winner in the end.

Or perhaps it's that they can't resolve,
The depth of all their hurt.
Caused when someone that they've trusted,
Left them questioning their worth.

But no matter why the struggle,
Out of pride or out of fear.
Not being able to forgive,
Can cause the loss of ones most dear.

Yes, forgiveness is a virtue,
They even say it is divine.
But more than that it sets you free,
From what weighs you down inside.

The best way to approach this life,
Is to ask forgiveness and to forgive.
There's a balance to this crazy world,
So live and just let live.

I was touched by the poem because it related to me. I was bullied by some kids in 5th grade. It got to the point where I couldn't handle the stress, so I told my parents and my teacher. The teacher did not do very much other than saying she will talk to the boys, but that did nothing at all. When my parents stepped in, I was able to talk to my bullies and understood what I did wrong to be treated like I was. The poem reminded me of when I bullied like the girl in the poem and how I will avoid anybody that will treat me like that again. 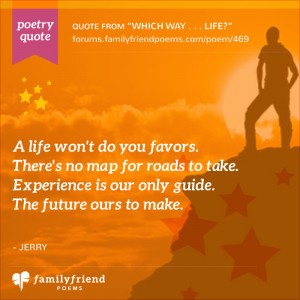