This poem is based on how a guy used me just to get his first kiss. He made me feel horrible. I never really felt love, and I thought he would show it to me, but he didn't... so apparently, used is all I'll ever be.

The person I loved lied to me. He moved so fast. His first "I love you" was only a week in. I should have seen it coming, but I was dumb, insecure, and so thrilled that he cared for me back...

You used me.
I thought you were the key,
But the truth is that you used me,
So now I will never be free.

Now I lay here in a crumpled mess,
Now feeling totally -less.
You used me,
And used is all I'll ever be.

The person I loved lied to me. He moved so fast. His first "I love you" was only a week in. I should have seen it coming, but I was dumb, insecure, and so thrilled that he cared for me back that I believed him. So quickly we were doing things I hadn't done before, all with his pressuring. It was never too obvious, so I couldn't be mad. But every time I didn't do something he wanted to, he would make me feel so guilty, and he would ask me so many times to do one thing that sometimes I would just go along with it. Two months later he told our mutual friend that if I didn't have sex with him by his birthday a few months later I wasn't worth it. The whole time it was only about whether or not I would put out. So when I confronted him, he basically admitted it, saying how it wasn't his fault and it's just how he is. He even admitted that he would try to manipulate me and acted like it was no big deal. I broke it off, but I haven't been able to trust the same ever since.

Even though it was a long time ago, it is still real today whenever I feel down. I met a girl, my first love! Being from a staunch Catholic family, I was taught to regard each relationship as one that would culminate in marriage!! I did not take advantage of her, but we pushed lines being under the misguided impression that we were going to get married! Later I realized that I was an experiment in human anatomy and that I was a lab rat. IT HURT TO MY VERY CORE and until now I feel tainted and being a romantic (SILLY ME), I still feel violated and cheap.

How can one use the words I LOVE YOU and then treat the other unsuspecting partner that way and still expect you to accept that you were only a piece of the action? Recently she visited me with her husband and I treated her with respect, BUT I so wanted to tell her how deeply she had hurt me! Never use those words to someone who is sensitive but alas they do not care one bit!

It is only now that I realize that he used me whenever he needed someone to comfort him. I was there when he lied to me and I believed, but finally someone said a few words to me about how they were being used, then I realized that I was also being used..I'm so embarrassed that I can't share my story with anyone so I thought writing my feeling out would help.

I've felt the same way. I recently got dumped by the love of my life. I was the first girl he has ever said I love you too and the way he said it made him sound so truthful that I cried. He said he would never leave me but I guess never come really quick. Two months later I lie on the floor crying my heart out because he said he just didn't care about me anymore. What do you do when the love of your life forgets you? Anyways thank you for your honest depiction of heart break.

I know how this feels... The exact same thing happened to me. But for me the person did this to me for months, and constantly told me that he loved me.. Only for me to find out that he had a girlfriend the entire time.. 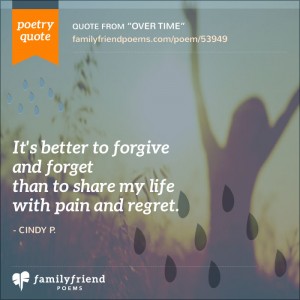