My dad's funeral was the most beautiful I've ever seen. This is the account of that day.

The honor guard stands sentinel and stiff-backed.
Their tears silently fall, for their brotherhood was forged in combat.

One of their own will be laid to rest,
A tribute and honor given only to the best.

As his family gathers near,
His wife takes her place as she wipes away her tears.

At the front, soldiers offer a salute,
And the casket is draped in red white and blue.

The red stripes are made redder by the courage in which he served,
Defending our freedoms he fought to preserve.

The white is made more pure by his devotion to duty,
A bronze star he earned in the midst of the enemy's cruelty.

The blue field and the stars are our great land and our ideals that he defended,
Because of his love for the flag and what it represented.

In unison, the firing party begins to volley
A 21-gun salute, because a hero he embodied.

And then in this hallowed ground,
The melody of Taps begins to sound.

There isn't a dry eye in this place,
As emotion begins to overtake.

The honor bell rings its solemn toll,
And pride wells up within her soul.

The flag is folded one last time and placed in her lap,
Her lips quiver as she tries to hold the tears back.

The soldier says, "Ma'am, please accept this flag as a symbol of our appreciation
For your loved one's service to our nation."

As the final prayer is spoken and he's lowered in the ground,
Two soldiers offer a final salute to this man who once stood so proud. 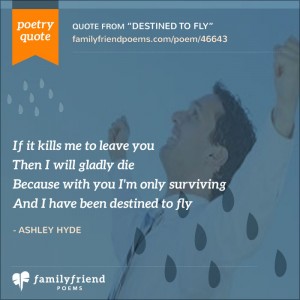