I am a 37 year old Volunteer Firefighter, Father of 4, and Husband to a great Wife. The Gentleman I am writing about is an 89 year old man who was in WWII and is still going strong. The Poem came from my heart and is a great tribute to a very fine Man.
Dedicated to Clinton Woodley

The Old Fella Out At Buck Creek

There is an old fella out at Buck Creek
He's a little hard of hearing so be loud when you speak
He's lived many years and has seen many things
He's as good as an Angel but without the wings
Sit with him a while and many stories you will hear
Stories of the War, the Drought, & to him things that are dear
His body looks feeble and a little weak
But watch him work and you will think he is at his peak
He goes to the pasture and gives his cattle some feed
Then he gets on his tractor and plows and plants some seed
When he is done, he looks around with a smile
Then he thanks God for letting him be around a while
He walks in his home, which he was born in
With never a frown, but only a grin
I visit with him as often as I can
For he is a very interesting  man
When I talk to him, knowledge is what I seek
Because that's one heck of a Fella out at Buck Creek 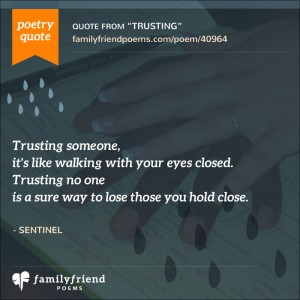