Funny Poem About Dealing With A Huge Snowfall

In the 1960's, Johnny Cash sang a tongue-in-cheek song about excessive rainfall called, "How High's the Water, Mama?" I decided to write a funny one about snow. I hope you see the humor in it, but in some areas this is no joke! My apologies to Johnny and all those affected by this increasing weather problem.

How High's The Snowfall, Mama?

How high's the snowfall, Mama?
"One foot high and rising!"

I'll eat my food and watch the game.
The snow last year was just the same.
I'll gorge myself and loosen my belt.
I know that stuff will only melt.

How high's the snowfall, Mama?
"Two feet high and rising!"

Don't worry Mama, it's okay.
An early thaw is on the way!
Relax, my dear, enjoy the fire.
This snow won't make it any higher!

How high's the snowfall, Mama?
"Four feet high and rising!!"

I'll get the shovels, you get the guys!
Let's bring this white stuff down to size!
It won't take long to make the run.
We'll build a snowman when we're done!

How high's the snowfall, Mama?
"Six feet high and rising!!"

We cleared a path to the outhouse now,
Thanks to our trusty John Deere plow!
You gotta go? Then do it soon,
Or you might not make back 'til June!

How high's the snowfall, Mama?
"Eight feet high and rising!!!"

The snow's still comin'! It's gotten colder!
Better get the front-end loader!
And we might need an army tank!
We just lost Fred in a huge snowbank!

The outhouse now is not in sight!
I gotta whiz, but that's all right!
Make sure you got some pots to spare,
We're gonna need to go...somewhere!

We gotta get this window cleared!
Frank and Tom have disappeared!
It's buried our new car and truck!
It looks like we're plum outta luck!!

Well I'm tired, too, so I'm relaxing,
Even though the roof's collapsing!
It's nice and warm here by the fire.
I know this snow won't get no higher!

I was born, raised and have lived in southern Ontario, Canada all my life. In my teens I developed a keen interest in music, art and writing. I went to art school and eventually became a mildly successful graphic artist. But music, at that time, became my only true love. Mom bought me my first guitar with ten books of green stamps when I was...

more by Brian A. Bendall 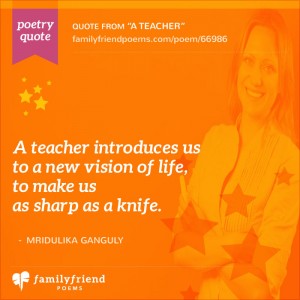