Finding A Group Of Friends

This poem is about my friends from childhood and how each was somewhat of an outcast, but together we were strong.

One For All And All For One

In the neighborhood where I was raised,
My life revolved around my friends.
And each day brought new adventures
And endless games of let's pretend.

We were just a band of misfits,
Running wild in the sun.
Living by our mantra,
"One for All and All for One."

Now Ivy was a little girl
Who lived next door to me.
She was a sweet and guileless girl
Who was a loyal friend indeed.

But poor Ivy had a stutter,
So even in the midst of play,
We'd stop and listen patiently
If Ivy had something to say.

It never had occurred to us
To tease her or make fun.
She was a cherished part of us.
"One for All and All for One."

Now Tammy was an aimless girl
Who dreaded going home.
Instead she'd cling to all of us
Or roam the streets alone.

She was always seen as strange or odd,
So by many she was shunned.
But we embraced her strength of spirit.
"One for All and All for One."

Terry and Peggy were sisters,
And just as tough as they could come.
They were always ready to stand and fight
Before they would cower and run.

In the neighborhood, they were infamous,
Known and feared by everyone.
But we welcomed their grit and moxie.
"One for All and All for One."

Now Dougy was just into puberty,
And was viewed as a very bad seed.
He was in and out of trouble
And always full of tricks and schemes.

But to us, he was our brother,
And a better brother there was none,
For he'd defend us to the bitter end.
"One for All and All for One."

Now I was a puny, cross-eyed kid
Who had always been laughed at and teased.
But I found my niche in this group of friends
Who nurtured and watched out for me.

We were truly a band of misfits
When all was said and done.
But we stood for each other through thick and thin.
"One for All and All for One."

How I wish today our youth could know
Such camaraderie second to none,
Finding strength and unity in diversity,
Living "One for All and All for One."

more by Pat A. Fleming 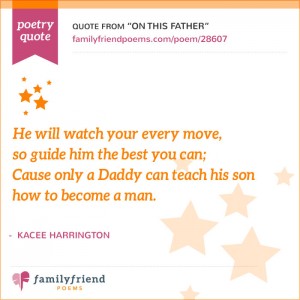