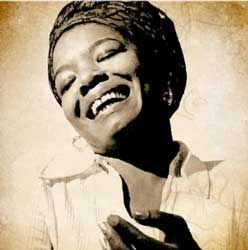 Maya Angelou was one of the most influential people of our time. She held many roles throughout her life, including poet, memoirist, novelist, educator, dramatist, producer, actress, historian, filmmaker, and civil rights activist.

She was born Marguerite Annie Johnson on April 4, 1928 in St. Louis, Missouri. She spent her growing up years in Arkansas, where she experienced racial discrimination. While life was not easy, especially since she became a single parent as a teenager, she used the tough parts of life as inspiration to write and touch the lives of others.

During the 1960's, Angelou spent time overseas. First she lived in Egypt. Then she moved to Ghana, where she taught at University of Ghana's School of Music of Drama. During this time she was the editor for the African Review, and she wrote for The Ghanaian Times.

While in Ghana, Maya Angelou met Malcom X. They came back to the United States in 1964, and Angelou was asked to help with African American Unity. After Malcom X was assassinated in 1965, Dr. Martin Luther King, Jr. asked her to be the Northern Coordinator for the Southern Christian Leadership Conference. King was assassinated on Maya Angelou's birthday 1968, and for a while she stopped celebrating her birthday. Up until the death of King's wife, she sent her flowers on this day every year. 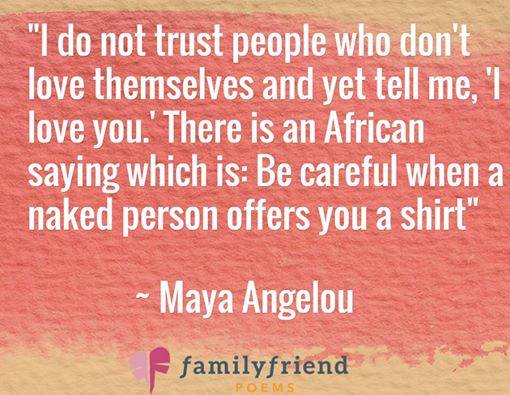 Maya Angelou is most known for her autobiography I Know Why the Caged Bird Sings (1970). It is the most popular of her autobiographies, and it has been successful internationally. It was the first best seller written by an African American woman. Her other two autobiographies are All God's Children Need Traveling Shoes (1986) and A Song Flung Up to Heaven (2002).

One of her most famous poems, "On the Pulse of Morning", was recited at President Bill Clinton's inauguration in 1993. The recording of this poem won a Grammy Award in 1994 for "Best Spoken Word." Angelou also tried her hand at writing cookbooks. She published two between 2005 and 2010.

Thirty of Angelou's pieces made it onto the bestselling list.

In addition to writing, she was also a successful director and actress. She was the first African American woman to have a screenplay filmed. In 1972 the film Georgia, Georgia debuted. It was nominated for a Pulitzer Prize. Among other film pieces, she was an actress in Roots (1977).

During her lifetime, Angelou received more than 50 honorary degrees from various universities.

Maya Angelou passed away on May 28, 2014 at home in Winston-Salem, North Carolina.

Her words and actions have been an inspiration to many people.

View All Poems by Maya Angelou

Words mean more than what is set down on paper. It takes the human voice to infuse them with deeper meaning.

Alone, all alone
Nobody, but nobody
Can make it out here alone.

I note the obvious differences
between each sort and type,
but we are more alike, my friends,
than we are unalike.

The ache for home lives in all of us.
The safe place
where we can go as we are
and not be questioned.

View All Quotes by Maya Angelou