I wrote this poem about my life at home, how I feel, and everything that goes on.

This is so deep. I felt this in another level. I have the same exact feelings sometimes.

Published by Family Friend Poems November 2011 with permission of the author.

This is so deep. I felt this in another level. I have the same exact feelings sometimes.

There I lay all day on the floor wishing for more my teardrops fall as I fade away when will this end is today my last day?

I know how most of these people feel who wrote about their depression. When I was in the United States Army I was Sexually Assaulted by three black men who were in the Army Company and in the same Platoon. It felt like it took forever. I had a big bruise on my neck where they held me down and raped me. Over and over again. After they were done all they said was, " that was a good piece of ass." When I got back to base I told my drill Sergeant and they did a whole investigation about it. When I was told that the investigator didn't believe I went and I tried killing myself by overdosing on some pills. I didn't want to be there any more I didn't want to live anymore either. I was taken to the hospital and then taken to the mental ward for suicide watch. I was depressed and PTSD (Post Traumatic Stress Disorder) for a long time without any medications or counseling. I am doing better today. It still hurts, but I know everything is going to be OK.

Browse by Category
Quote Of The Day 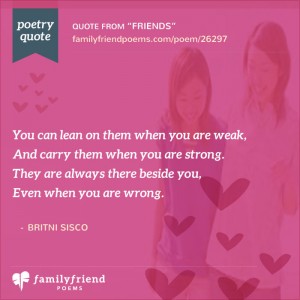