This little girl is...me. I am now 27 and I have a beautiful daughter and son. I couldn't imagine anything like this happening to my children. Because it hurts so bad and scars you forever. I have had 2 step-dads that have done wrong to me. No matter how much time passes it always stays with you.

Thank you for sharing your story. I was sexually, physically, and emotionally abused by my step-father from the time I was 7 until I was 20. I know the pain you feel or the anger you might...

Scared and alone a sad little girl cries herself to sleep,
No hand to hold, no one to tell so alone at night she'd weep.

Tears falling down her nine year old face,
she felt so unloved, she felt out of place,
She told all her secrets to her pillowcase.

See there was a man much older than she,
He was suppose to be in love and married to her mommy.

But her mom would leave and while she was out of the house,
He would sneak around quiet as a mouse.

He would find that lonely little girl,
And ruin her entire world.

And when he was through he'd look her in the eye,
And say "if you say a word your brothers and mom will die."

So she kept that secret through all of the years,
She spent her time crying all of the tears.

That man got away with all that he did,
Trying to make a woman out of a little kid.

She never told her mom but one day,
Her mom read it in a journal she had, had hidden away.

She talked to her mom and they tried to make him pay,
For all of the years he had taken away.

So that little girl answered questions day after day,
Of all the things he would do and say.

One thing after another, time after time,
She had to relive all of this in her mind.

But there wasn't enough hard evidence to make the case last,
After all of the years that had come and passed.

So the man had to register as a sex offender for a couple of years,
For making that little girl cry all of those tears.

She paid more than he did and still does to this day,
For now she has a daughter she can hardly let play.

Every once in awhile she swears she sees his face,
At a store, a station, just any place.

And it is enough to send a chill to the bone,
Will he hurt me again, will he follow me home?

After you went through misery like that,
You can never have your normal life back.

You think about it sometimes, you know he's still there,
You wonder if he will come and get you, you have to live with that fear.

Once you have been violated in such a way,
You can't help but think he'll still get you one day.

No matter how safe you are, or what anyone has said,
He could be gone from this earth, but he's forever in your head.

Thank you for sharing your story. I was sexually, physically, and emotionally abused by my step-father from the time I was 7 until I was 20. I know the pain you feel or the anger you might have towards him. I want to thank you for being so strong and writing about this. I am currently in therapy and have to relive these horrific memories all over again. I just want it to be over with. You deserve the world and then some. The same thing that he had said to you was said to me. Just know that there are people who truly care for you. I thought no one did, but I opened my eyes and saw the truth. This poem is beyond true and made tears run down my face. VERY wonderfully put together.

This was beautiful. It made me cry.

At the age of three my father abused me every way except for sexually and everyday he would hit me and tell me I'm worth nothing. My mum was a bystander and my brother just laughed. everytime my father called me a name or hit me, pushed me, throw me, he would stand there and tell me to be a girl and it's the way parents treat their children. It's not. This is still going on and its got worse people won't listen just tell me they will help. Just keep trying and you will succeed no matter what you go through. I'm twelve now and trying to get them locked up.

To all you who have been sexually abused God Bless You, and may you all find it in your heart to move on from that Dark Ugly Place, because if you don't its gonna kill you mentally, it did me as I tried everything to take my life and have those who Loved me stand by and watch. God wasn't ready for me, because I'm here telling my story to all who will listen. I'm 43 yrs. old and I have 8 children and have a wonderful husband whom I've been married to for 28 Yrs. It was the same amount of yrs. it took for me to tell my husband then my 3 siblings that I had been sexually abused, once I was able to tell my secret it was then I realized that he had control over me & my life, from that day forward I asked for help 1st from God next family, then psychologically. These past 15 yrs. have been the best yrs. of my life!! I'll continue to Pray for you all! You will overcome this and have the victory!! TRUST & BELIEVE GOD BLESS YOU ALL.

I feel for all children that was molested by family members. I was at the age of 5 years old. My dirty minded brother in law would come into the bedroom where I was sleeping with my cousin and fondle me. I did not tell anyone for fear of getting whipped for it. I am now 72 yrs. old. I did tell my husband when I got married. It scared me still till today. As years passed I learned that he had done his own 2 daughters and younger sister. He has passed away, but if I had this to live over again I would surely tell my Mom. I went home next day and was sick with high fever for a few days. They did not know what was wrong with me. The creep has died many years ago, and I'm praying I will not meet up with him in heaven.

I feel for you all. I know what it's like to go through sexual abuse. It happened to me when I was 5-6 years old by my maternal grandfather and later on in my teens by a brother. I suffered silently for years. I didn't tell anybody. I now have post traumatic stress syndrome. I finally found the courage to tell my husband and my kids (I'm 47 now) they understand. But still no one knows about my brother. I don't have the courage to say something because too much is at stake! I have pretended like nothing happened. He thinks I don't know what he did because I pretended to be asleep when he came into my room at night, I was too scared to move, to say something. But I still love my brother and hated my grandfather till his last breath! Something wrong with me?

Hello bothers and sisters.
I am 32 years old now and I understand how painful it is to be abused as I was 12 years old when I was abused by my brother in law, and it still haunts me when I see my brother in law as he is my relative. It's horrible to think of as I still can not get it out of my mind. I remember it day and night. I tried to get help- but it does not work at all.

I am 15 and my names racheal , and I've been getting abused since I was like 7 by my dad. My brother was abused and I had to grow up watching him get abused, and since he doesn't live here anymore I get abused. I cant explain how much it hurts to go to school everyday with everyone thinking everything is okay, when its not. I cant tell anyone , because I'm afraid of what will happen.

I was sexually abused from the age of 3 to adulthood and know this pain. I have a 16 year old daughter who was raped by one of her family members, and although it had been 3 years she still is haunted by the memory of what happened that night. I pray every night that the secrets some kids hold will be revealed and abusers will be punished.

this has me me in tears right now I am 17 and was sexually abused by my step dad for 4 years. From 4-8 years old and that's exactly how I feel I'm scared even to sleep in the dark. I have a 1 month old son that is an angel to me he has made me forget about my past and now I have a reason to be here. I'm sorry for what you had to go thru 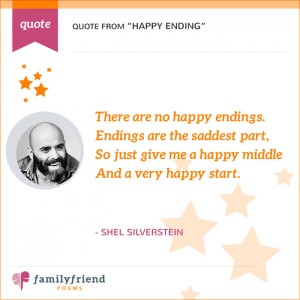