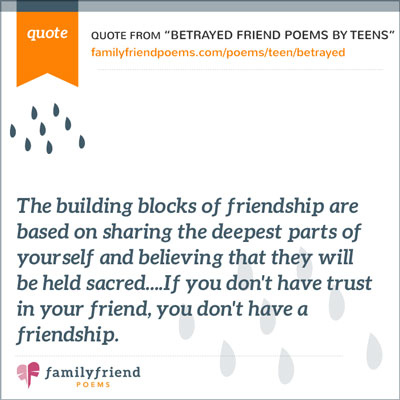 "Et tu Brute, then fall Caesar". Perhaps the most famous words in English literature speak of a betrayal of a friend. Julius Caesar is saying that if even his close friend Brutus is stabbing him, then he has no hope. Our friends are the ones that we expect will stand by us through thick and thin. When are going through hard times, we ask that they be "like a bridge over troubled waters". If we cannot count on our friends to pull us through, then who can we count on?