This is the very first poem I ever posted in the forum section of familyfriendpoems. Although it falls in the category of "ones I wish I never had a reason to write," it is one of my all time favorite poems that I am proud to say I have written. Please pray for our brave soldiers that believe in fighting for our country's freedom.

Whoa! This is an amazing poem. You're right, you never should've had a reason to write this, but I'm glad you did! It really warmed my heart. You are right about 9/11 banding America...

When A Part Of America Died

September Eleventh Two Thousand and One
The Big Apple awoke, a new day had begun.
The Statue of Liberty was standing so proud
As God and Freedom were singing out loud.

Native New Yorkers were starting to enter
The Twin Towers called The World Trade Center.
They went to their office and they worked with pride
On this day when a part of America died.

The people of Boston were also at work
Responsibilities they never would shirk.
The traffic was brutal as it is every morn,
But each day they brave it for the show must go on.

Now Downtown was open, Logan Airport was too
As people boarded their flights they had not a clue
Terrorists were sitting right there by their side
On this day when a part of America died.

Now at 8:46, the whole world was in shock
When there was an explosion that shook the whole block,
And downtown Manhattan was like a war zone,
For these terrorists attacked us right in our own home

As the planes hit The Towers, there was a bad fire.
The people were screaming as the flames grew higher,
But through this disaster they still showed their pride
On this day when a part of America died.

The police and firemen didn't think of themselves.
Not one person said, "It's every man for himself."
For to those trapped inside each man was a brother.
On their wounded shoulders they carried each other

Although September Eleventh brought death and dismay.
We all banded together in the U.S.A.
We showed our courage, our strength and our pride
On this day when a part of America died.

Whoa! This is an amazing poem. You're right, you never should've had a reason to write this, but I'm glad you did! It really warmed my heart. You are right about 9/11 banding America together. I also like your rhyme scheme!

I remember the moment to this very day
When news of the horror came through to the UK.
The intense feelings of horror, shock and tears cried
On that day when a part of America died.

Bless all those people unnecessarily killed,
Families ruined and the wounded whose blood spilled.
Heroes, some with their names still unknown, unspoken
On the day when America's heart got broken. 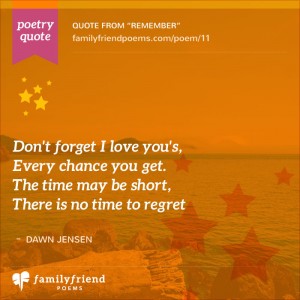