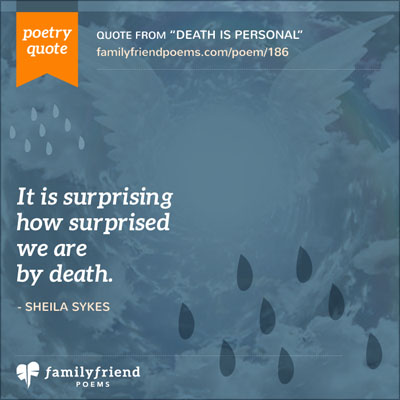 Words About Mourning The Loss Of A Loved One

From ancient times, mankind has mourned its losses. Every culture has its way of expressing grief. There is even evidence that animals express grief and mourn for those that are no longer with them. It is a sad fact that many people choose not to set aside time to mourn the death of a loved one. This is unfortunate because mourning is necessary for the mental health of the living and it is also a way of paying respect to the dead.

27 Poems for Paying Respect For The Dead