I Still Love You Poem

I just felt like writing a poem so I wrote a love poem. Especially considering tomorrow's Valentine's Day... ɛ Happy early one by the way :)

I love this poem! I guess that's because I can relate to it. My story is kind of same. Though I'm not over him and I know it. Well, actually this guy and I, we were very close, we shared...

I don't know what to do
I honestly thought I was over you...
I can't get you out of my head
and wish this thought was dead...
Every time I see you my heart skips its beat
to be honest I wish I could just breathe...
I sit by myself
wishing you were somebody else...
I wish we'd never met
but please don't fret...
I don't hate you
but I'd like to believe I do...
I know you don't care
but in a way that's not fair...
How can I be so blind?
When it's clear that I was never in your mind...

I don't know what to do
I obviously fell in love with you...
So long, we haven't talked
but why am I still shocked?
I see you
and I don't know what to do...
At one time we were friends
but I guess even that ends...
What changed?
Why was our friendship short ranged?
What did I do?
Why do I still love you?
Friends don't quit...
But we were never friends
and that's why we had to end...
You loved me, too?
Didn't you?

The truth is out
and now I'm left with doubt...
Do you still love me?
If not then I'll just leave things be...
I see you
but this just won't do...
You're gone
What has happened cannot be redone...
I have to take this
even though it's an audacious risk...
You must know
even if you don't want to show...
A gap in time...
A paused rhyme...
I have a chance
but it might not enhance
it'd make things awkward
but they're only three words...
How hard can it be?
Besides you might even confess to me...

I love this poem! I guess that's because I can relate to it. My story is kind of same. Though I'm not over him and I know it. Well, actually this guy and I, we were very close, we shared everything to each other, but he had a girlfriend and I had a big crush on an older guy. But his girlfriend turned out to be a bitch and they broke up, while I had gotten over my crush. Then, one day he just tells me out of the blue that he loves me and I'm completely shocked but I think carefully and tell him to stop joking, but he said he wasn't. I didn't know what to do but then after a while of saying he loved me and me not believing, he said it was a joke. Then after that he tried to make me jealous a number of times, though I didn't know it that time, but when I look back, I totally see it. And now I'm in love. But he's with some other girl, I really want to forget him and move on. I know I've been stupid... And we don't talk to each other anymore. Sucks, I know. All my fault.

Hi, this poem is truly a masterpiece! It really expresses the emotions with such depth. I'm glad I found this poem, I relate to it strongly. I never really could confess to the girl whom I once loved. So thank you for the poem, you did an awesome job :)

Hi, this was an AWESOME poem! I can relate to this poem a lot, I like this guy but I also don't (cause he's moving away soon) I want to hate him but how can I? Lol... Anyway, thanks for posting this poem! :)

Hi, I have to say that this was an awesome poem. I am 15 years old and I broke up with a guy I had completely fallen in love with. He lived about an hour away from me and we met at church camp. When I broke up with him I was devastated I knew I loved him but I also knew that dating him secretly was wrong. He found another girl I know he really cares about, but somehow I cant seem to keep him off my mind. I still love him even though I tell myself I don't. So please keep writing poems like this. This was exactly what I needed to hear. :)

I just wanted to let you now this is a GREAT poem. I can honestly relate to this. I just felt that you should know you really touched me with this :) Thanks.

Woo.... Oh my gosh. This was such a great poem. I have never seen anything like it before. You are very skilled indeed. So, I guess everything good is right, then? Well, personally, I would always just tell the person, even if it felt awkward.... but... what do I know? Anyways, good job and keep up the good work! 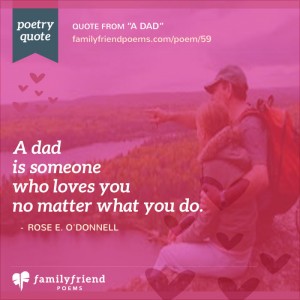