I wrote this poem in support of all those kids who are bullied every day. Poem about Bullying and Feeling Alone

In Support Of Those Kids Who Are Bullied

Before he crawled into his bed,
He prayed his soul to take.
Then curled up in the darkness,
And spent the night awake.

He dreaded the morning and all it would bring
But believed that it never could change.
For with the dawn of each new day,
That face in the mirror remained.

He longed to pull the covers up
And stay forever there.
And when the sun came creeping through,
He questioned if God even cared.

He grew weary from the struggle.
He longed to have one friend.
He wished they could accept him.
He just wanted to fit in.

But for him, school was a battlefield,
A place where he never felt safe.
And at times, he felt so much anger inside,
He worried how much more he could take.

He felt bruised and battered inside and out,
So he withdrew into himself.
He wanted to fight but didn't know how.
He wished that someone would help.

But he silently carried his hurt and his pain,
So ashamed that he acted so weak.
He tried not to cry and never complained.
He would take the abuse and retreat.

Sometimes he contemplated getting revenge.
Then some days he just wanted to hide.
Sometimes he thought he could kill everyone,
Then there were moments he wanted to die.

Every day he faced bullies, angry and mean.
They were always lurking out there.
They tried to destroy every ounce of esteem
And convinced him that nobody cared.

His life was a nightmare he had to endure,
And he wasn't alone in his pain.
He saw there were others who were different like him,
And their torture and hurt was the same.

So is this the life that we wanted for them?
Should our children feel anger and fear?
And is this the legacy we'll leave behind,
Or should we save them while we are still here.

So instead of us arguing after the fact
And taking a stand that's too late,
We must teach them the value of kindness
And that differences should be embraced.

That the human spirit can be fragile and weak.
It can break in the blink of an eye.
And we must always respect other's dignity,
Or our humanity can't hope to survive.

The days of their youth remain in their hearts
And will color their future ahead.
So let's help them create a warm, welcome place,
Instead of a world filled with dread. 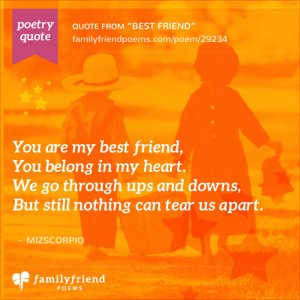