My fiance and the love of my life had passed from cancer one year ago. My heart is forever scared, but I must go on with my life and raise my four-year-old daughter.

When the time came again to visit her there,
He'd feel that dark sense of despair.
He could already picture her sweet, gentle face,
Marred by that sad, empty stare.

Sometimes he'd wonder just where she had gone.
It was as if she was only a shell.
Most of the time she'd forget who he was,
Or she'd swear he was somebody else.

It was torture for him to see her like this,
Surrounded by other lost souls.
She was gradually losing herself every day.
There was nothing that she could control.

Her good days grew less and her bad days grew worse.
It was as if she had already died.
There were days he'd be willing to tell her good-bye.
She was existing, not living a life.

But oh how he'd long to see her again.
For a moment, to just catch a glimpse
Of that wonderful woman, so special and dear,
That dear wife he so desperately missed.

The cruelty of life was undeniable,
And the reality of death was a curse.
But watching that person he adored fade away,
For him, there had been nothing worse.

He wanted so much just to hold her
And together stroll down memory lane.
But the life they once knew stopped existing for her,
And she no longer could see him the same.

He held on for years, ever loyal and true.
She was still all that mattered in life.
And despite how much farther she drifted away,
His heart kept her always close by.

When that last moment came, he was with her.
He was there sitting right by her side,
And his heart filled with joy as she looked up at him,
And their love shined so bright in her eyes.

My fiance and the love of my life had passed from cancer one year ago. My heart is forever scared, but I must go on with my life and raise my four-year-old daughter. 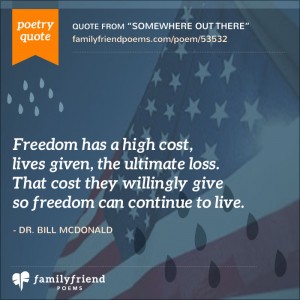