Poem About Hunting With Dad

Love the outdoors and family. Believe that there is more than just life to look forward to. I've been writing poems for my family for years, and have been encouraged to share them with other families.
God and I are OK; He gave me a loving family and friends and a strong belief in his guidance of all aspects of this life and those to come.
I write to provide smiles and hope that some of my poetry touches someone's life, for the greatest joy is to make someone smile, even if just briefly.

My aging husband, who just turned 70 in October, still takes his grandsons out bowing and hunting ever year. He helps build the tree stands and everything, teaching them the way of the...

One day my dad was hunting, from his favorite hunting stand;
'Twas a giant Oak with perfect limbs, under which two deer trails ran.
Now this favorite spot of Daddy's was as unique as it could be,
'cause a lightning bolt had burned a giant hole down through that tree.

As he double checked his deer tags, as he did quite frequently,
he accidently dropped his wallet down the hole in that old tree.
Well, his family hunted from that tree ever since they'd been around,
And there was no way on God's green earth he'd ever cut it down.

That Oak tree was my "learning stool" as dad was teaching me,
and most of what I learned 'bout deer was right there in that tree.
And I finally took my own first buck, right there from that old stand;
with Daddy sitting next to me to calm my nervous hands.

"I've taught you everything I know," Dad proudly said to me;
"Someday we'll bring my grandson here, and teach him in this tree".
Well, I laughed and poked him on the arm; hell, I was just a kid,
But Daddy made me feel real good, somehow he always did.

Well, we shared some twenty seasons, and we watched some good bucks grow,
But unlike that mighty old Oak tree, on my dad those seasons showed.
Soon he'd grown too old to really hunt, still he'd sit with me in that stand,
and it was my turn to hold and steady the shaking in Daddy's hands.

Then he died at the end of that season, ten years too soon to see
The grandson that he'd dreamed about get to hunt from that old tree.
And now it's opening morning, on my son's first whitetail hunt;
I'm sitting beside him in "Grandpa's Tree" 'cause we both knew that's what he would want.

Now I'd seen this scene from both sides of that limb, and it happened exactly the same;
we heard one coming, I steadied his hands, and here that old buck came.
He handled it just perfect; his Grandpa would've been proud,
I shook his hand and wiped a tear and looked up at the clouds.

Then we hung his deer right from our stand, and I took a Polaroid shot;
And I wanted so badly for Daddy to see the buck that his grandson got.
Then as I watched that picture develop in my hands,
I felt a breeze and heard a gentle rustling near that stand.

Then a little stronger gust of wind whipped the picture from my hand
and carried it briskly into that tree, above the old deer stand.

Well, my son said he'd go get it, but I told him "never mind."
We'd take a few more later, but let's leave that one behind.
'Cause he could've looked forever, but I knew where it would be,
Tucked safely in Dad's wallet, down the hole in that old tree.

My aging husband, who just turned 70 in October, still takes his grandsons out bowing and hunting ever year. He helps build the tree stands and everything, teaching them the way of the hunting sportsman code (so to speak) out in that area to respect each other's space. He teaches them safety and how to do this and that. Soon Tom will be done with hunting, as one boy has already gone off to college, and the next one will be leaving in the fall. The hunting days are limited. I'm not sure who will hurt the most. I know it would be Pa's dream to see his great grandson hunt, but he knows he taught them well. It makes him feel that his job is done. If they only remember to "clean those guns to keep the barrels from rusting," Pa will be fine. The tree they hunt from is called "The Sears Tower," which no one in their right mind would climb. Boys are amazed that Pa still does. I can only imagine how that other guy feels. I hope Pa feels the same.

Oh my goodness, this is the most beautiful poem I've ever read. The story you tell so perfectly through the rhythm and verse of your poem. It's so endearing and touching. I feel like I just read this lovely story about your father who sounds so much like mine was, and what a precious memory you shared with the rest of us. You carried us through your history and brought us full circle to the oak tree, which for me was symbolic of the strength and beauty of who your father was. I wish your son could have known him, but you sound much like your dad, so in a way he has. You are an extremely talented poet, and this is the first time I'm marking a poem as my favorite. 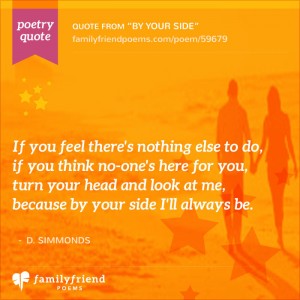