This is a poem about me being scared, I told my friend Harry, but I couldn't tell him why, now he's dead. This is a message to him. This is a message to others, that no matter what, you should always tell people about your situation. I miss "my Harry" and I know he misses me too. If this poem makes no sense to you, then I'm sorry, it came out in a scramble of words. I hope you can make some sense, as to what my situation "was". If not, I apologize if I wasted your time.

I MISS YOU HARRY ɛ

I had always been the odd one out, in this world of people who seemed to be better than me. I could always hope that one day I would be accepted, but now a days, that hope has turned into misery.

I turned to my best friend and I said; "Harry, I'm scared, I can't do it, they would hurt me if I said it."

He just looked at me and frowned and said; "You need to learn to stand your ground, Teagan, you're a tough girl you're a fighter, who cares about the unwanted fire."

When Harry said unwanted fire, he meant the heated arguments between my parents.

"All you need to do is be brave, and you'll be on your way."

I went home that night befuddled by what Harry had said, it didn't explain anything, it made no sense in my head.

My mum saw me from outside, and came out shouting about the time of night.

"Do you know what time it is? I was so worried." she would say, but it was only an act, I knew she didn't care, she continues to tell me what a waste of space I am, and that she wasted her money when she adopted me.

"I don't care." I said, as I walked past her, I aimed for the door, and next thing you know, I get slapped in the face, it stings for awhile and I turn around, to see another frown.

"Now listen to me, do as I say, I know what's right, and from this day, you will not stay out late, you will come home early, you are not the type of girl who wanders the street!"

Me being the smart arse I am had to reply which earned me another slap and a Punch from behind.

"Technically, it is not day, it is night, so your instruction means nothing what so ever, now leave me be!"

Now, my story lays in the hands of the sequel of my soul, and even though you're dead now Harry, here's my message to you, "Harry, I'm scared, I am sorry, but I cannot be brave, when I'm filled with worry, I know your story, but you don't know mine, but I think it's time I told you, I was adopted, I was raped, and abused, my parents hurt me in so many ways, these memories will stay with me to my dying days, Harry I miss you, I don't know what to do, I know what your would say to me now, you would say; "Yep, your screwed."

I love you Harry, you will always be my best friend, no one will ever replace you, you were right, I can be brave, in my own way, by telling this short story of mine, and publishing it for the world to see, I hope your proud of me. xx ɛ 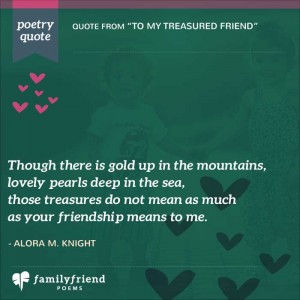