I'm 15 years old a freshman in high school. In April I should be having a baby girl with my ex-boyfriend after me and him hooked up over the summer. But 5 1/2 months in I miscarried. And this poem is to my daughter.

This exact same thing happened to me. It's kind of scary how similar this poem is to what happened to me. At 21 weeks I went into labor with my baby girl and she died shortly after I gave...

It All Started With A Hook Up

It started with a hook up.
And than the plus sign appeared.
Your daddy told me to take care of it.
I did as he told.
I went to get you aborted but I couldn't.
I left crying into my best friends arms.
You were still inside of me.
I knew what I was going to do.
I was going to raise you on my own.
He asked me if I did it.
I said yes and left it at that.
3 months later my parents still didn't know.
I went for a check up.
And I saw you.
I couldn't believe you were mine.
I was so happy that I finally made a good decision.
5 months now and people were starting rumors.
I just told them I was gaining weight.
They believed me and dropped the topic.
Another check up came by.
The doctor said you were a healthy baby girl.
I knew I had to tell my parents soon.
I wasn't going to be able to hide it anymore.
It was 5 ½ months now.
I was at a friend's house and I passed out bleeding.
I was rushed to the doctors.
They came in and told me it was normal.
It was normal for teenagers to loose babies.
I told them it couldn't be true.
I told them to run the test again.
And they told me there is nothing they can do.
I sat there and cried.
My parents don't know.
And nether does your daddy.
Very few people do and they all miss you just as much as I do.
You would have been born in a month and a half.
I miss you so much.
There is not a day I don't go by with out thinking of you.
I wish you were in my arms and not in heaven.
Maybe if I just told the truth.
Was I being punished?
But why did you take the punishment?
I miss you my baby girl.
But don't worry we will meet again.
And until than just remember I love you.

This exact same thing happened to me. It's kind of scary how similar this poem is to what happened to me. At 21 weeks I went into labor with my baby girl and she died shortly after I gave birth to her. I loved her so much and now she is in heaven. My parents don't know, and my ex thought I had gotten her aborted, but I couldn't do it. I wish she was still alive, because although being a teenage mom is hard and scary, I know it would've all been okay.

Hi. I was only just told something. April, this year, my sister's friend was pregnant, with a baby boy. Sadly, 25 weeks into her pregnancy, she had a miscarriage. They took a picture of him after she gave birth to him while he was dead. I started crying when I saw the picture of the alien-looking baby. Knowing, though, that even though he isn't alive now, he is growing up in heaven. Watching over his mummy. Later this year, my sister and the baby's mummy went to spread the ashes in the cemetery that we live near. My sister asked my niece where the baby boy is and my niece said really clearly "baba gone". And when my sister told me that she said that, I was like star struck. It's been months since then and I hate to hear of miscarriages. The fact that a life has been lost just strikes you if it's the one you're carrying. And then there's the fact that if you've already got the baby bump, then you will have to give birth to it WHILE it's dead. It's just traumatizing.

This didn't happen to me but it happened to my half-sister. She got pregnant last year. At first I was creeped out when my sister asked me how I'd react if she told me that I was going to be an Auntie. At first I was confused and then a couple of days later, she announced to me, our mum, my little sister (her half-sister) and my Dad that she was pregnant and it was her ex's. I was a bit worried, at first. But when I started High School a couple of months afterwards, I was in science and we learned about the fetus and what can happen. Then not so long afterwards, my sister started to crave chicken mayo burgers all the time. She went in the hospital, thinking she was in labour, but it was a water infection. A couple of weeks later though, she actually went into labour. Sometimes I wish that my sister didn't get pregnant. But then again, I do wish she still got pregnant. Because, if it wasn't for her getting pregnant, I wouldn't have an adorable niece today. So thanks to my sister for making me an auntie.

I am currently an 9th grader. My baby daddy is a black boy and he's my step-daddy. This is how it happened. One day I was sitting on the couch watching TV, I could tell something was about to happen because he was already drunk and kept giving me looks. He started to undo his pants so I tried to run. He grabbed me by my shirt and threw me on the floor, I screamed for help but he hit me so hard in my mouth I couldn't speak. I was crying so hard wishing somebody would just bust through the door. When it was all over I went to my room and waited till he fell asleep. I realized my mom still wasn't home, so I grabbed his phone and ran out the door. He is now locked up and they found my mom drowned in a lake. I live with my aunt and uncle and I now have a baby named David Marcel. Thanks for reading my story. 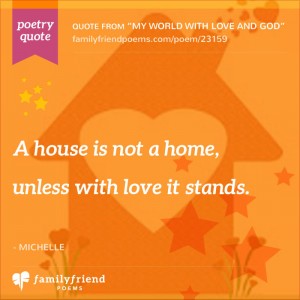