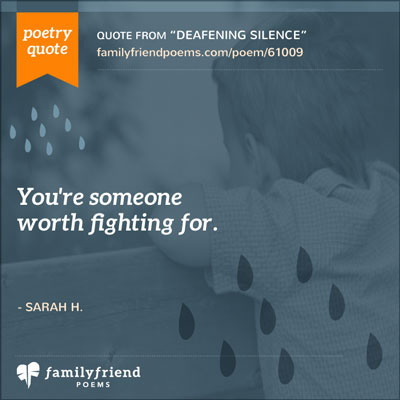 Being alone is one of the saddest conditions for a human being to experience. You may feel alone with your family, if you think that no one understands you. Often people are afraid to share who they are because they think that they will be rejected. However, if you are not sharing who you are, you are not truly with the people you love. On the other hand when you share your true self, you risk being rejected. Often individuals seek people out of the family unit with whom they can share themselves without fear of rejection.