The deep expression of a daughter fill with sadness, but is replaced by anger for her father.

I was only 3 years old when we left my dad because he had a mistress. I’ve been full of anger. My heart feels like a stone; it’s so hard. I grew up without a father. I never thought of it my...

My love is never lasting

I was only 3 years old when we left my dad because he had a mistress. I’ve been full of anger. My heart feels like a stone; it’s so hard. I grew up without a father. I never thought of it my entire life. I never thought of his existence. I never thought of having a complete family. Now that I’m in my 4th year of high school, I’ve learned that no matter how hard life is, you need to focus on the positives. I think a lot. Yes, I’m always attacked by my anxieties, but it’s okay. Growing up without a father is so hard. It’s hard knowing he is alive but he’s with another woman. But thanks to my mom who became my father too. Thank you so much for teaching us how to be strong. I love you, Mom. I’m sorry for my mistakes, for making myself miserable. I thought of suicide, but it’s not helpful at all.

My father left us when I was 14. I was at the age where I could understand everything. My father was always sneaking around and lying to us. He finally told my mom he was unhappy in his marriage. It's one thing to be unhappy, but it's another thing to cheat and say you're unhappy. I'm disappointed in my father. He left me, my mother, and my little brother. It affected my brother the most. He never really understood what was happening, until one day he asked me to explain it to him. I did and he never wanted to talk about it again. He told us he wasn't picking sides. He loved both parents the same no matter what mistake they made. My father rarely makes an effort to talk to me. Yes, it does hurt a lot, but it was his choice. How do you leave the women you were in love with for 16 years? Since he left, we are doing much better, and my mom isn't stressed out as much as she used to be. Him leaving was the better. It still hurts my brother, but it will get better soon. 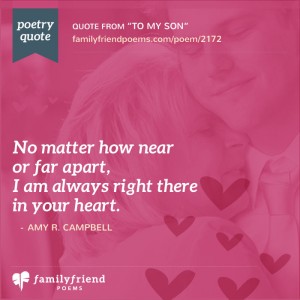